At the start of January 2022, HMRC announced an extension to the tax return penalty trigger dates. It’s now released further details concerning agents delayed due to COVID, partnership returns and more. What do you need to know? 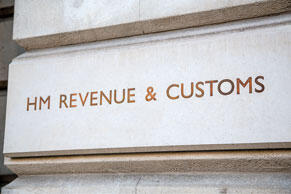 Agents. Many taxpayers use accountants or tax advisors (collectively referred to as agents) to file their returns. If a taxpayer has taken all reasonable steps to get their affairs in order to allow their agent to meet the filing deadline, and that agent has been delayed due to COVID-19, then the agent delay may constitute a reasonable excuse.

Partners. It’s not just SA100 returns that are included in the penalty reprieve. Individual partners will also not be charged a late filing penalty in respect of a 2020/21 partnership return (SA800) as long as the return is filed online on or before 28 February.

Tax credits. Tax credits customers should still make their declarations by 31 January; otherwise, the tax credits will be calculated based on the information held by HMRC. However, if the declaration is submitted by 28 February, HMRC will use its discretionary powers to re-make the decision if the delay was due to COVID-19.

Mixed funds. Finally, the deadline for nominations of special mixed funds has also been moved to 28 February 2022.