Following vocal representation from various professional bodies, the government has agreed to delay crucial reforms to the tax system. What’s the full story? 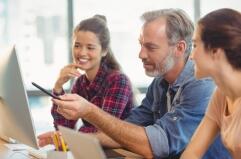 On 23 September 2021 the secondary legislation for implementing Making Tax Digital for Income Tax Self-Assessment (MTD ITSA) was published. The new regulations confirm that MTD ITSA will be implemented for self-employed trading income and property income. However, the implementation date will now be 6 April 2024 rather than 2023. All sole trade businesses and landlords will come within MTD ITSA from that date. General partnerships will follow twelve months later, with other types of partnership in subsequent years yet to be confirmed. The new penalty system that was due to be introduced alongside MTD ITSA will also be pushed back to 2024.

If you need more information about your Personal Tax read more here.

Further welcome news came via a ministerial statement concerning basis period reform. The statement says that the reform will now not take place until April 2024 at the earliest, which would mean the transition year would be in 2023/24 not 2022/23. A statement on whether the reform will be dropped completely is expected at next month’s Budget – though we currently believe this is unlikely.