What are the consequences of unlawful dividends?

What are the consequences of unlawful dividends?

Your company’s accounts for its last financial year have been prepared in draft. They show that you and your fellow director shareholders received more dividends than permitted by company law. This has tax consequences. What’s the most tax-efficient way to manage them? 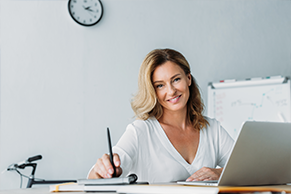 The last couple of years have been tough for many businesses which has resulted in significant reductions in profits. The impact of this is becoming more apparent as companies prepare their annual accounts. The lower profits are bad enough but some director shareholders who take most of their income as dividends face an additional problem. If dividends paid exceed a company’s profits (current plus brought forward), they are unlawful dividends. That’s to say they are not permitted by company law.

A shareholder who receives an unlawful dividend must repay it, or the part of it which is not covered by profits. In other words, it’s a de facto loan. This rule does not apply to dividends paid to shareholders (typically minority shareholders) who aren’t privy to the dividend approval process and could not reasonably be expected to know if the company had sufficient profits. Instead they are taxable on the dividend as if it were not unlawful. This let out doesn’t apply to shareholders who are directors as they are always in a position to know or find out the company’s profit position.

In the past HMRC often argued that rather than unlawful dividends being a loan they were earnings (in effect salary). HMRC liked this as it produced a greater tax haul. These days it accepts that unlawful dividends create a loan. Despite this some old-school tax inspectors give the salary argument a go. If faced with this approach point the inspector to its internal guidance in the Company tax manual at CTM15205.

Financial consequence. Once the total amount of dividends paid unlawfully has been worked out it must be attributed to each shareholder in proportion to their shareholding and recorded as a loan to them in the company’s records. Naturally, they must repay the loan, although there’s no deadline for this.

Company’s tax. If a shareholder doesn’t repay their loan within nine months following the end of the company’s accounting period in which the dividends were paid, the company is “close” (controlled by five or fewer individuals) and the shareholder has a “controlling interest” in it (that is, they own or control 5% or more of the company’s ordinary share capital), it must pay tax equal to 33.75% of the unrepaid loan.

Individual’s tax. If the shareholder owes the company more than £10,000 (taking account other amounts they already owe), a tax charge based on the benefit in kind rules applies. As the taxable amount is only 2% of the debt this charge is usually not significant.

A more tax and financially efficient solution which broadly achieves the same result as if the dividend had not been unlawful, is for the company to waive the loan.